Samaritans Cycle Archive,News How to Talk like a Cyclist

Want to talk like a cyclist? Are you a MAMIL or a Fred? (or both?) Maybe you’re a wheel sucker or a puller?

Cycling today involves a whole different language, here’s a small selection of cycling words to throw into every day conversation at the coffee stop to show your fellow riders you are indeed a cyclist.

Attack
A sudden attempt to pull ahead from a rider or group of riders, also known as a breakaway. This is a tactic most commonly used in racing. (Not club riding)

Bike Ninja
These are the cyclists that like to ride around with no lights on when it’s pitch black outside. They’ve removed all reflective gear to maximise their ninja status. They frequently pop up out of nowhere.

Blow up
to suddenly be unable to continue at the required pace due to overexertion.

Bonking
a state of severe exhaustion caused mainly by the depletion of glycogen in the muscles because the rider has failed to eat or drink enough. Once it occurs, rest and high-carbohydrate foods are necessary for recovery.

Coal Miner
A Coal Miner – someone who insists on shouting “hole” at every minor road defect , A shout can be effective when used with a hand signal – but its pointless without.

Cliptastrophy
You can probably work this one out. I see it far too often – cyclists who fail to clip in or out and end up having a little bit of a wobble before saving themselves just in time. We shouldn’t laugh, but…

Drafting
The art of sitting behind someone’s wheel. Riding directly behind someone is the most aerodynamic and efficient place to be. By drafting you can use up to 40 percent less energy than if you were riding in the wind.

Endo
When a cyclist flips over the handlebars, end over end.

Echelon
Caused by crosswinds and there’s no point just riding in lines anymore. Big groups start to split and spread across the road as riders try to shelter at the side of one another. Generally a daunting experience for any newbie when you have no idea what’s happening and your heart rate is at 190, no matter what it’s called.

Fred
A rider with excessively expensive equipment, equipment that is really designed for professional cyclists. A Fred’s ability/experience will never catch up to the technology purchased.

Firefighter
A firefighter – someone who insists on telling absolutely everyone that they’re on their way by ringing their bell incessantly. A bell can be effective when used rarely – but surely it becomes pointless when in constant use?

Getting dropped
The moment when you lose touch with the peloton or group and end up riding on your own.

Granny gear
the lowest gear ratio, combining the small chainring with the largest cassette cog. It’s mainly used for very steep climbs. Named after the gear that grandmothers use most frequently.

Granny ring
the smallest of the three chainrings on a triple crankset.

Hanging in
barely maintaining contact at the back of the pack

Hammer
Generally refers to when someone rides away from a group, starts riding faster than everyone else, or attacks. Used in the phrase: they dropped the hammer.

Head bobbing.
Often a symptom of riders who are suffering in a race. They generally bob their heads and bodies to get power into their pedals from every part of their body apart from their legs. It is not very effective.

Hasselhoff
When you see a male cyclist riding with his shirt off. Also called a “Pool Boy”. You become a “Hoff” only if you have a chest hair that resembles the Amazon rainforest.

Lumpy
When the race or ride profile includes, undulating, rolling hills and is essentially not flat.

Off the back
describes one or more riders who have failed to keep pace with the main group.

On your right
safety phrase to alert someone on your left that you are coming up and passing them on the right.

Peloton
Frequently incorrectly written as peleton, this is just a fancy French term for a bunch of riders.

Pull or  Pull through
To take a turn at the front

Pull off:
to move to the side after riding in the lead so that another rider can come to the front.

Samaritans Cycle
This is a the Chiltern Samaritan’s yearly sportive.  Starts and stops at West wycombe house. There are 3 routes to choose from ; 20, 50 or 80 miles.  sign up here: Signup

Soft-pedal
to rotate the pedals without actually applying power. Usually used to slow down and let riders ‘off the back’ to catch up.

Wheel sucking
When you follow the rider in front of you, drafting, and sucking their wheel as if your life depended on it. On a windy day, you will realise how important this ability is. Drop that wheel and you will regret it.

Wheel sucker
someone who drafts behind others but doesn’t take a pull. 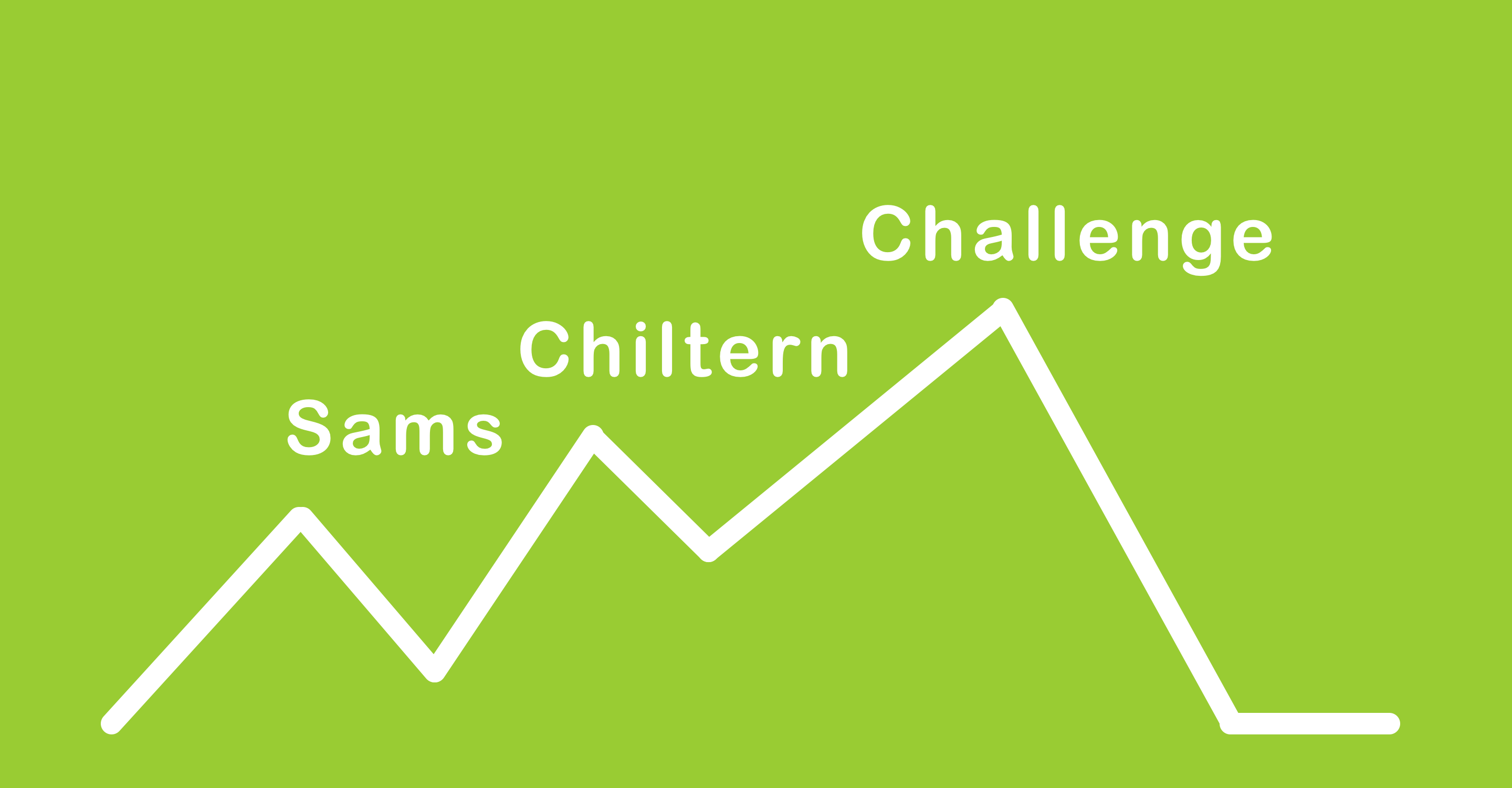 A note from Simon Rubin, Sep 2021   We hope you’re having a good summer, despite the weather not being ... 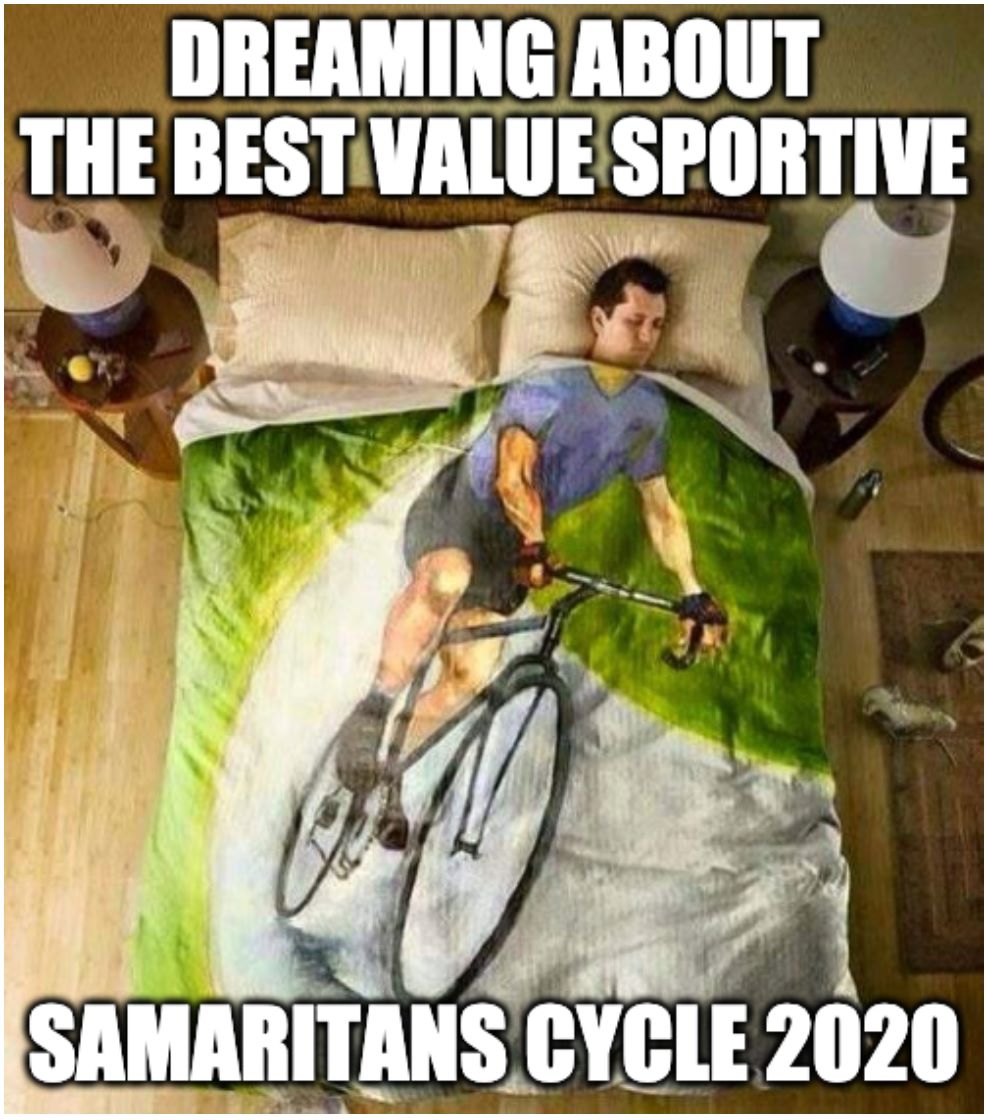 Join in the conversation